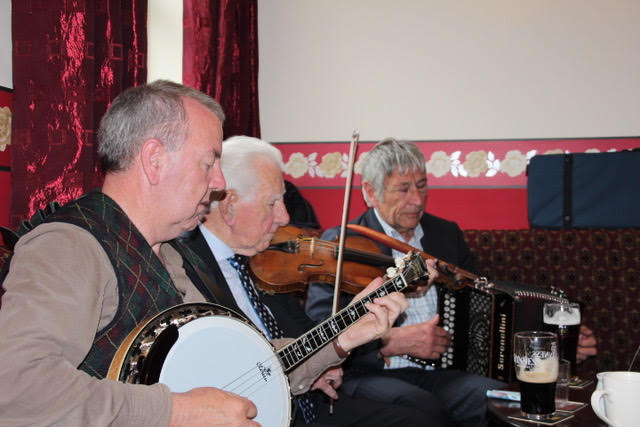 This is the bluegrass gospel group I play with.
Dancing With The Angels (L-R): 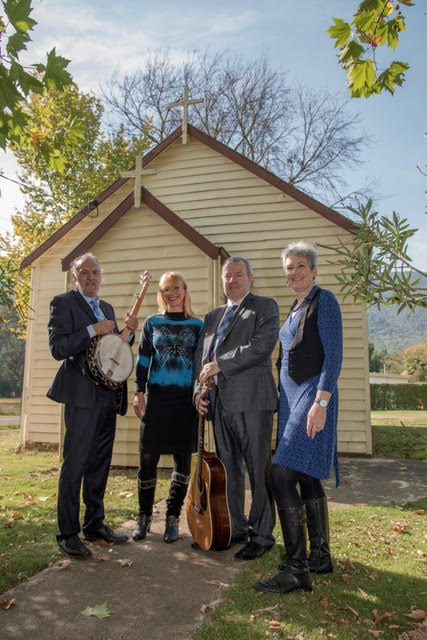 Tony took a walk up the local Mount Piper Conservation Reserve here in central Victoria and decided that the unnamed reel he'd recently composed should be called "The Mount Piper Reel". The photos are some of the snaps he took whilst on his way up and down the walking trail. The tune is in A Major. For some strange reason that he doesn't understand, quite often when he plays an A Major Reel at a session backers often include a G chord. This only seems to happen with guitar players but not pianists. So to be clear, the backing for this tune uses A,D,and E chords, with the odd Bminor and F#minor thrown in,but definitely no G chords!!!!!

101 Irish tunes, with sheet music and chords. And an MP3 for each one, with Tony O'Rourke playing the tune on banjo, with guitar accompaniment.

A brilliant resource for anyone wanting to get a solid stock of tunes under their belt.

You can download a free sample of the book (PDF, 840k), which contains the full table of contents and a few pages of the sheet music, and listen to each of three tunes: Coalminer’s Reel(A), Cat That Ate The Candle (a Jig), and O’Carolan’s Concerto.

Or go ahead and get unlimited access for only $10 (US). Tony O'Rourke with Suzette Herft at the Burke and Wills Winery in Mia Mia (near Melbourne).

Suzette is a Melbourne-based singer and had been giving a performance of her “Joan Baez Tribute Show”. After dinner she and Tony sat down for a some informal singing and it went on for about 3 hours. A great night!